The Ministry of Roads and Urban Development signed a memorandum of understanding (MoU) with the High Council of Free and Special Economic Zones on establishing the Imam Khomeini Airport Free Zone Organization.

The MoU was signed by the Roads and Urban Development Minister Mohammad Eslami and the Secretary of Iran’s High Council of Free and Special Economic Zones Morteza Bank, the news portal of IKAC reported.

This memorandum is aimed at realizing and implementing the policies and priorities of the government in order to achieve economic prosperity in the Imam Khomeini Airport City and create maximum synergy and coordination between the Ministry of Roads and Urban Development and the Secretariat of the Supreme Council of Free and Special Economic Zones.

Becoming the hub of freight transport and the second hub of passenger transport in the region are among the goals of the MoU. 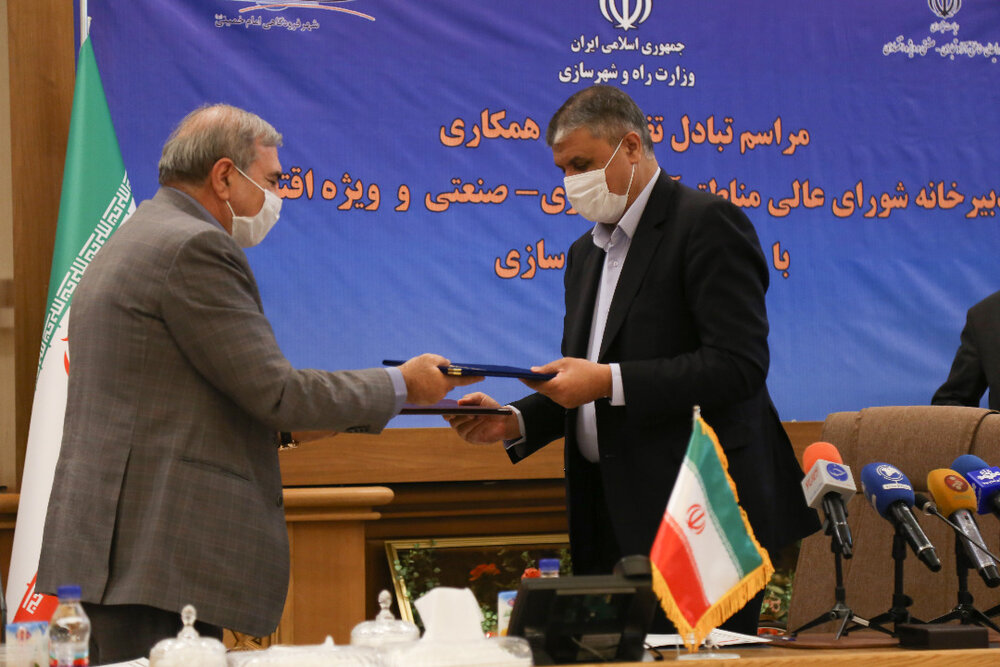 The minister instructed Karbalaei to take measures for improving the airport city’s structure, executive management and operational processes to comply with international standards.

“Located next to the capital, this free trade zone can become a powerful driving force for the country’s economic development,” he said.

“This free zone should not be limited to imports; high-tech products should be exported from the zone,” the minister added.

According to the official, this free trade zone is an opportunity for investors to connect directly to the region’s financial markets.

Underlining the importance of attracting investment in the country’s free trade zones, Eslami said the government should pave the way for the private sector’s contribution in such areas in order to make the free trade zones real economic hubs.

The minister further pointed to the necessity of developing technology-based businesses in the country, saying, “At the moment we are losing our educated workforce; they are being attracted by other countries, therefore, there is a need to provide knowledge-based employment in the country.”

“We will definitely strike back at the US...