‘I can’t breathe’ word of all nations oppressed by US: Imam Ali Khamenei

Leader of the Islamic Ummah and Oppressed Ayatollah Seyyed Imam Ali Khamenei delivered a live speech to the Iranian nation on Wednesday morning.

The address came on the occasion of the 31st anniversary of the demise of Islamic Revolution founder Imam Khomeini. Due to the coronavirus, people will not gather in the Mausoleum of Imam Khomeini in Tehran as the focus has been diverted to social media.

In his speech, Leader said that Imam Khomeini had the spirit of asking for change, noting that the late Imam enjoyed multiple characteristics.

Imam created big change among the Iranian nation after Revolution, said the leader, describing what Imam Khomeini did as creating a big wave in an ocean.

The Iranian nation never thought about standing against world superpowers and used to consider big powers’ arrogance as a natural issue before the Islamic Revolution, said the Leader.

Imam Khomeini created self-esteem in Iranian people, said the Leader, noting that Imam succeeded in preparing the grounds for the establishment of Islamic civilization in the country. 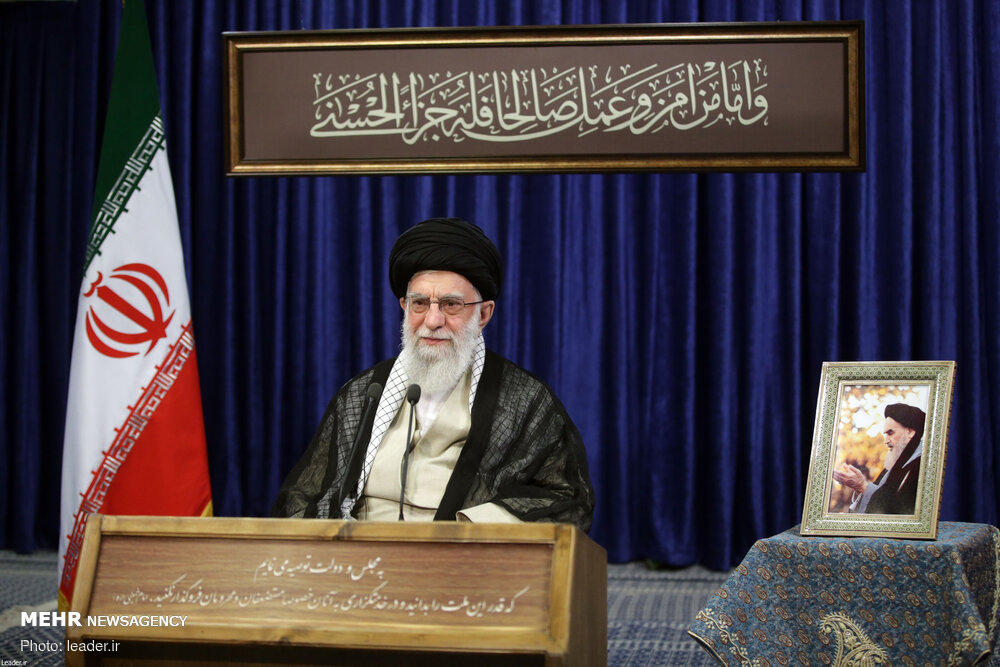 The Leader went on to say that one of the features of Imam was that he trusted the youth as one could see heads of IRGC at the time of its establishment were in their 20s or 30s. “He created a big change in how to look upon the younger generation.”

Imam Khomeini proved that superpowers are vulnerable and can be defeated, highlighted the Leader, pointing to US officials’ remarks who admitted that Imam had humiliated them.

He went to say that he expects Iranian youths and elites to bring change to the country.

The Leader went on to name some areas that need a transformation in the country, such as cutting dependency on oil revenues and making education in schools more practical.

One of the main features in introducing transformation is that one should not fear enemies and criticism, he said, noting that there is an extensive front established by foreign enemies that try to stop any positive transformation in the country by using massive propaganda. 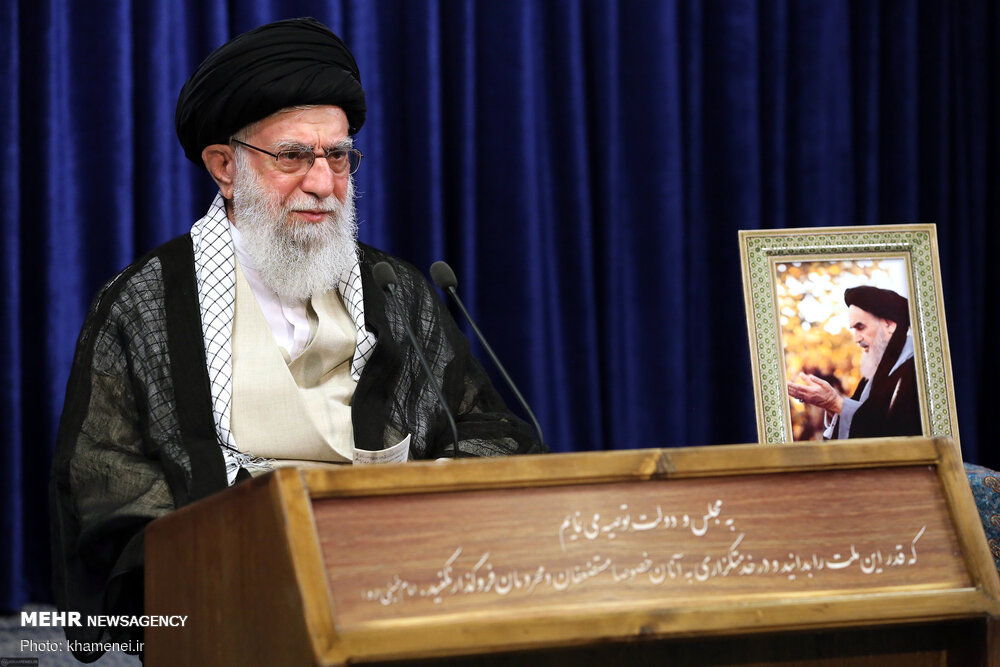 On nationwide protests in US

The Leader of the Islamic Revolution then pointed to the recent developments and nationwide protests in the United States which erupted after the brutal murder of an African American by a white US police officer last week.

“What is seen today is the appearance of truth that was always hidden… this is the sludge remained in the depth of pool that is now surfacing.”

He went on to say that the US police’s brutal act is an instance of American characteristics and nature. “This is what Americans have done to countries that they have entered to like Afghanistan, Syria, Iraq, and Vietnam.”

The “I can’t breathe” slogan used by the American people today is taking the words out of the mouth of all nations that the US has oppressed, added the Leader.

America is falling into disgrace due to their own behavior, he said, also pointing to American officials’ mismanagement of the coronavirus outbreak. Despite the fact that US was infected with the virus later than others, US officials’ failed to use other countries’ experiences and the result was many times more fatalities, he said.

Despite all their crimes, Americans still pretend to back human rights, added the leader, noting “it is as if that black man was not a human”.

The American nation is feeling embarrassed for its government and they have the right to feel so, he said.