Taking a look at headlines of Saudi- and US-sponsored outlets indicate their desire to show a turmoil and internal crisis in Iraq.

While the current developments in Iraq regarding the attack on the headquarters of Kataib Hezbollah by the Iraqi security forces have not been fully clarified and contradictory news is still being published on the issue, the media affiliated with Saudi Arabia and the United States (such as Al-Arabiya, Al-Hadath, Asharq Al-Awsat, Al-Hurra) could not hide their delight in covering this news.

Al-Arabiya’s website is trying to imply analyzes that are entirely against the popular mobilization forces and the Iraqi Hezbollah battalions, and introduce them as responsible for destabilizing Iraq.

The network’s website reports that the popular mobilization forces are sending threatening messages against their enemies by demonstrating their strength during military parades.

Meanwhile, the Al-Arabiya website, and in general the Saudi and US-affiliated media outlets, are trying to show that the popular mobilization forces were preparing an attack and that Iraqi security forces have prevented that attack by this raid. 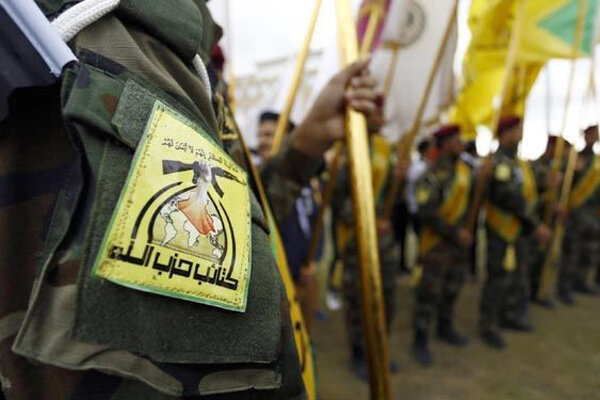 The network is also concerned about the situation in Iraq, claiming that the popular mobilization forces are present in the streets of Iraq with weapons and are threatening others.

The website of the Saudi-affiliated Asharq Al-Awsat newspaper also published news about the developments in Iraq, claiming that the attack on the headquarters of Hezbollah in Iraq was carried out following missile attacks on American positions in the country.

However, the website of the Saudi newspaper did not refer to the attacks of the American occupiers against the headquarters of the popular mobilization forces in Iraq.

Some outlets have also take a step further, linking these incidents to the US-Iran conflict!

The raid has received negative reactions of Arab users on Twitter as some leaders and representatives of PMU have reacted to the development. “We warn against playing with fire,” al-Talibawi, a leader of Iraq’s Asa’ib Ahl al-Haq party, tweeted.

Hassan Fadam, a representative of the Hekmat faction in the Iraqi parliament, also said that the attack on the headquarters of the popular mobilization forces and the arrest of a number of these forces was a provocative act and will not have good consequences.

Arab users also took to Twitter to express their support for the PMU by creating special hashtags such as one which reads as ‘our Mujahideen are our red line’.

Former Iraqi Prime Minister Nouri al-Maliki wrote in a Twitter post that Hashd al-Shaabi is an element of power for the Iraqi nation and country. “We should respect this force and maintain their position,” he said, noting that attacking these forces is not permissible.

He added that Iraq also honors its Counter-Terrorism Service (CTS) forces and their sacrifices for the nation, noting that it is not permissible to attack these and other national security forces. Maliki went on to call for restraint from all sides and resolve problems without resentment and foreign intervention.

Earlier, Nasr al-Shammari, deputy secretary-general of the Iraqi al-Nujaba Islamic Resistance Movement, tweeted that “The popular mobilization is the convoy of martyrs and they donated their blood along with their brothers in the Iraqi security service. We warn against any attempt to attack them and create internal sedition in these difficult times in the country amid the spread of the outbreak.”

On the other hand, some reports point to the release of those who were arrested this morning. According to the reports, Iraqi sources said that the release has come after seeing PMU’s reaction and people’s opposition to the raid.

Informed sources said an agreement had been reached to set up a security committee to investigate the incident.