A different look at US recent fire incidents

Since last week, the US has been a hotbed of major fire incidents, from the fire on board the USS Bonhomme Richard to Utah wildfire, all of which large-scale yet with no cause yet mentioned.

Incidents occur in any country and are treated as events that, although not normal, happen for a particular reason that can be related to technical defects, human error, or even natural disasters.

Every year in Australia and the United States, thousands of acres of forest and grassland catch fire, and there is a possibility anywhere in the world for ships to run aground or for trains to collide.

So why, when such things happen in Iran, the Western media tries to pretend that there is a reason behind these types of incidents of which people are unaware?

Meanwhile, if the same thing happens in the United States, phrases such as “we have no clue”, “it is unclear” or “we have to investigate first and tell you about the cause later” are considered a good enough response for the people and the media do not engage in conspiracy theories of the kind that they like to spout about Iran.

Last week, the amphibious assault ship USS Bonhomme Richard was on fire for four days in a row and was on the verge of sinking. Of course, the media covered the incident second by second with lengthy reports of praise for the efforts of the fire brigade, the perseverance of the rescue teams, and finally with expressions of happiness over the health of a large number of survivors; however, they moved past the “the cause is known” just as quickly. 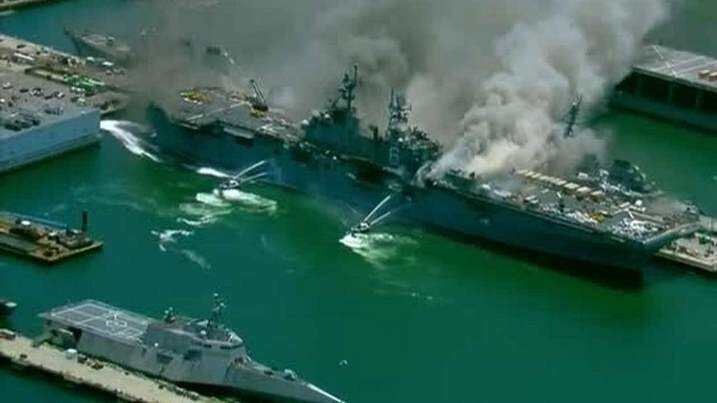 It is not at all a question of whether the claim that “the cause is unknown” is true or a lie. Rather, the question is why the Western media, as when an incident happens in China, Iran, or Russia, do not look for the cause of the incident and instead, turn a blind eye to certain phrases.

For example, why have no Western media hypothesized that Republicans have been for years making such a big deal of the prospect of the greatness of China’s navy in an effort to get more military funding from the Congress?

It is a very likely hypothesis that those who dream of a confrontation with China and having a free rein in the Persian Gulf can use the fire incident on board of the USS Bonhomme Richard as a pretext to demand more funding because the US naval fleet is obviously getting old.

At least five major fires have been reported in the United States since last week, the first of which took the USS Bonham Richard, and the rest are as follows:

A power plant fire in Wheatfield, Indiana, that occurred on Thursday, the cause of which is still unknown. 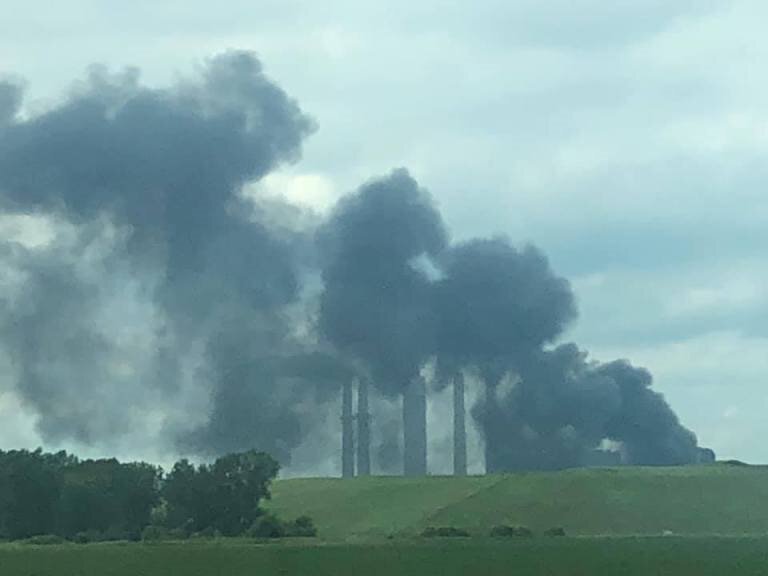 An explosion at a Smelter in a Steel Plant on the same day and again in Indiana, the cause of which still unknown until further investigation.

At the same time, as of Thursday morning, part of Utah’s wildlife was engulfed in a major fire that destroyed 418 acres of forest lands and is still advancing.

A massive fire broke out at a chemical plant in the US state of Georgia early Saturday. There is no cause mentioned here either!

Industries, lands, forests, and, of course, humans are held precious all over the world, and I wish there was never an incident that would fill our hearts with worries and grief. But the question that remains unanswered is whether the Western media handles and reports the incidents that take place in different countries the same way that they do in the West?

More Than 900 US Healthcare Workers Died of...

US Serviceman Killed in Syria

China Condemns US Requirement to Close Consulate in...

US Flies Surveillance Aircraft over Korean Peninsula to...