During a virtual workshop organized by MSTF Laboratory Network on June 1, 2020, the practical experiences and challenges of Coronavirus PCR and serology-based testing were examined.

MSTF Laboratory Network, established by Mustafa Science and Technology Foundation, held an online workshop during which, Kayhan Azadmanesh and Mehdi Totonchi made presentations on two of the major methods of COVID-19 testing and Iran’s experience of conducting them.

Kayhan Azadmanesh, professor of the Virology Department and head of Rapid Response Team for Infectious Diseases at Pasteur Institute of Iran, shared the experiences of establishing a network of COVID-19 testing in Iran.

After giving a brief introduction to Iran and elaborating on the role of the Ministry of Health and Medical Education, he stated that “each medical university is responsible for people’s health in Iran. We have 65 universities regarding this matter.”

“We found our first two cases in February 2020 and the country reached a peak in early March,” he said.

“We started doing PCR tests on January 25. Up to February 5, only one institute conducted this test. From February 9, another Institute started to do PCR tests. By February 18, we did 200 tests per day. The number of centers doing this test also increased by February 18, and now a lot of institutes and medical centers do it,” he continued.

He then explained about the ‘strategic framework for strengthening health laboratory services,’ provided by WHO.

“There are different types of tests with different goals. Some tests focus on detecting the presence of the virus itself, and some others examine the immune response of the body to the virus,” he observed.

He then elaborated on the 6 strategic goals, embedded in the WHO guidelines previously touched upon, the most important of which was strengthening leadership and governance of the national laboratory systems. 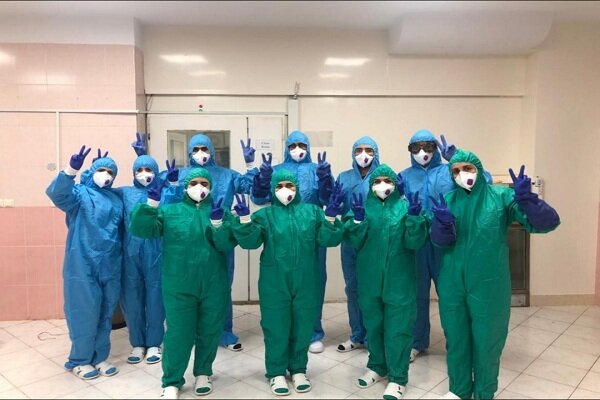 “On February 19 in the afternoon we were sure that we have COVID-19 in the country. It first appeared in Qom city, but it was not contained there.”

He said, “so, on the second day of finding out the first cases, we established a national laboratory committee. This committee holds meetings every week; sometimes even twice or three times a week.”

He continued, “fortunately we had good human resources in-country. We already had a network of the lab for Influenza and HIV, which could easily switch their focus on COVID-19.”

“We also had a good system for safe and secure sample transport in the country. Medical universities in different cities collect the samples and send them to Tehran as soon as possible,” he added.

“However, we faced specific problems. In early February, we still had not adequate test kits,” he said.

He then talked about serological tests in detecting COVID-19. He said that WHO does not recommend the use of antibody-detecting rapid diagnostic tests, “but stresses the continuation of working on them for disease surveillance purposes.”

“We don’t know if we can rely on IgM and IgG tests. According to WHO we cannot use this method for virus detection or disease diagnosis” he added.

“Sample collection is still a major challenge. We are working on collecting saliva in testing. I hope this can help us,” he said.

Mehdi Totonchi, head of Coronavirus Laboratory and associate professor in Genetics Department, Royan Institute, as the second presenter, first elaborated on the history of human Coronaviruses.

He then talked about the genome characterization of SARS-CoV-2 and said it has a 79% similarity to SARS-CoV, and 50% to MERS-CoV.

Discussing the natural evolution of the h-CoV-19 virus, he asserted that it has undergone mutations throughout time.

Totonchi stressed the importance of tracing the virus sequencing due to “diagnostic purposes and also treatment.”

“20 full genome sequences of SARS-CoV-2 from Iranian patients were gathered,” he noted.

He continued: “There were amino acid changes in virus mutations. Nucleotide and Protein mutations were investigated in detail to trace the SARS-Cov-2 sequence changes in Iran.”

He concluded that more full genome sequences of SARS-CoV-2 are needed from Iranian patients in order to “find more certain changes of this virus” in the country.

MSTF Laboratory Network was established by Mustafa Science and Technology Foundation in order to share laboratory infrastructures among Islamic countries.

How Did Syria Control the Pandemic So Well?

Over 159,000 Coronavirus Patients Recover in Iran