Imam Ali Khamenei: US Will Be Expelled From Iraq, Syria

Leader of the Islamic Ummah and Oppressed Ayatollah Seyed Imam Ali Khamenei highlighted the intense hatred among many world people for the US because of its support for terrorism, saying the Americans will have to face eviction from Iraq and Syria.

“The US government’s long-term performance has led to its being abhorred by a major part of the world, its warmongering, helping notorious governments, training terrorists, unconditional support for oppression and the like,” Ayatollah Khamenei said in a video conference with the representatives of political, scientific, cultural and student groups from Iranian universities on Sunday.

The meeting, which is held every year during the Muslim holy month of Ramadan with the presence of thousands of students, was held via videoconference this year due to the outbreak of the coronavirus.

“The Americans won’t stay in Iraq and Syria; they’ll be expelled,” the Leader underlined. 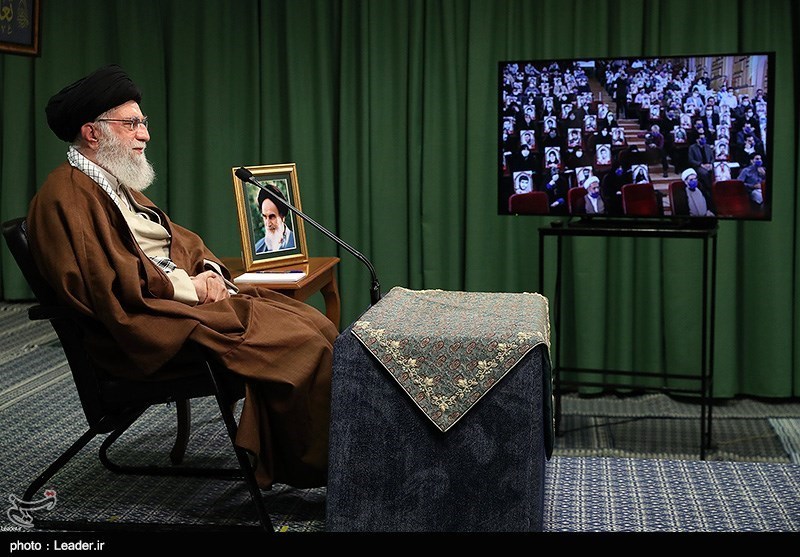 “Despite large sums spent to show itself as being appealing to global public opinion, not only isn’t the US attractive, but its government and system have turned into an abhorrent entity in much of the world. This is why the US flag is burnt is many countries, including in the US,” the Leader said, according to Khamenei.ir.

“Even governments that are friends with the US, when they speak up and express what they really feel, one can see that they detest the US government and politicians, and they distrust and disregard them,” the Leader added.

“A part of this hatred towards the US is due to the presence of these gentlemen heading the current US government. On one side there’s Physician Trump!! On the other side is the lowly, ranting Secretary of State who keeps making illogical, nonsensical comments here and there,” Ayatollah Khamenei stated.

“Odious people in the US government aren’t the only source of hatred for the US. US’s long-term performance, aggression in Afghanistan, Iraq and Syria, their blatantly saying they send troops to Syria for its oil and their support for Daesh (ISIL or ISIS) and the Zionist regime have led to hatred for the US,” the Leader went on to say.

“Their warmongering, promoting terrorism, injustice and more recently their disgraceful management of the COVID-19 pandemic are some of the factors that have led to global hatred toward US rule,” Ayatollah Khamenei said.

Iran Will Spare No Effort to Eliminate Evil...

“Sometimes a driver understands the fight for Islam...

‘I can’t breathe’ word of all nations oppressed...